We would like to offer our sincere support to anyone coping with grief. Enter your email below for our complimentary daily grief messages. Messages run for up to one year and you can stop at any time. Your email will not be used for any other purpose.

Share a memory
Obituary & Services
Tribute Wall
Read more about the life story of William and share your memory.

William Thomas (Tom) Glunt, born on March 22, 1943 in Braddock, PA., passed away on December 17, 2022 after a long battle with PSP (Progressive Supranuclear Palsy).

Tom grew up in North Braddock, PA where he graduated from Scott High School.  After high school, he enlisted in the Air Force and worked in radar detection with an oversees deployment to Okinawa during the early years of the Vietnam War.  After the Air Force, Tom was employed by Westinghouse Corporation in Pittsburgh, PA. beginning in the typing pool then proceeding to parts and procurement.  After receiving a degree in English from University of Pittsburgh, Tom became Foreman and then Plant Manager of various facilities.  In 1990, he was transferred to a plant in Birmingham, AL with his final employment at Siemen’s which had purchased the fossil fuel power generation business of Westinghouse.  Tom retired in 1999 after 31 years of Westinghouse employment and moved to Orange Beach, AL.   After hurricane Ivan, Tom worked briefly for C. Sharpe and Gates Construction as a coordinator between the condominium HOA’s, homeowners and construction companies.  Tom moved to Gulf Shores, AL in 2001.  In 2021 he became a resident of Arvada, CO where he moved because of family ties.

A graveside service with military honors will be held in the spring at Braddock Cemetery, Braddock PA.  Date yet to be determined.

Donations may be made to Cure PSP: https://www.psp.org/iwanttohelp/ways-to-give/

To send flowers to the family or plant a tree in memory of William Thomas Glunt, please visit our floral store. 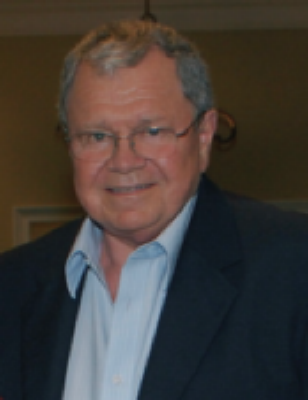 In Loving Memory Of

Look inside to read what others
have shared
Family and friends are coming together online to create a special keepsake. Every memory left on the online obituary will be automatically included in the book.

In Loving Memory Of

Look inside to read what others have shared

Family and friends are coming together online to create a special keepsake. Every memory left on the online obituary will be automatically included in the book.

You can still show your support by sending flowers directly to the family, or by planting a memorial tree in the memory of William Thomas Glunt
SHARE OBITUARY
© 2023 Blake Funeral and Cremation Services. All Rights Reserved. Funeral Home website by CFS & TA | Terms of Use | Privacy Policy | Accessibility